After around five years since the first Sal Solaris album “Outerpretation Of Dreams” has been released on Hau Ruck!, Der Angriff and Indiestate are proud to present the second CD of this great russian industrial formation. The music of Sal Solaris could be labelled as “power ambient” – being profound and deep, without obvious rhythms or harsh noise patterns, it has no soothing meditative effect, but it is powerful and moving instead. The closest comparisons are Reutoff, Stalnoy Pakt or early Loki stuff, e.g. Dagda Mor. This album is a compilation of nearly all of the tracks that have been released by the band on various EPs and compilations through the years of project’s existence. It includes their contributions for “Ten Years Of Madness” 2CD, “Heilige Feuer I” CD/LP, “Avangardia” CD, “Eternal Soul” box and “Holy Mother Russia” LP compilations, as well as the complete 10″ EP “Remember” (Der Angriff, 2002) and two 2006 remixes for the tracks from their split 10″ with Stahlwerk 9. Being scattered over numerous releases, these brilliant compositions were not able to bring the recognition that Sal Solaris really deserves, but collected together they demonstrate the real power and the obvious artistic talent of their creators. The real masterpice, not to be missed! This CD comes in a cardboard full-colour envelope limited to 500 copies only. Total length is 77 min. (Der Angriff) Indiestate IST 042 CD 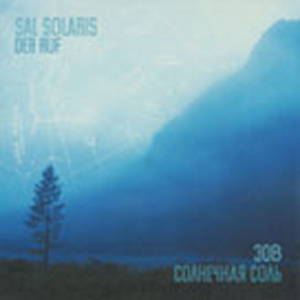