Being active in the fields of electronic music since 1982 Andrew Lagowski started to work with his deep space sound project S.E.T.I. in 1992. Now with the fifth album and numerous other releases inbetween a connection is made with the first highly anticipated album KNOWLEDGE released in 1994. The new album CORONA unfolds an atmosphere that lies with the heart of the cosmos. Deep and slowly moving waves of cosmic drones, harmonic oscillations, NASA recordings and snippets of radio broadcasts creating a spectrum of pulsating and ever-evolving sound. This is research into extra-terrestrial intelligence in it’s purest form. If there is something out there it may sound like this! 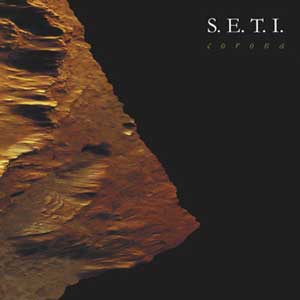