Another new album from Robin Storey’s Rapoon. Being close enough to “The Bush Prophet” musically, it is rather full of light melancholy than dark anxiety, with quite a lot of bright moments setting off the overall moody atmosphere. Being a kind of nostalgic remembrance of the early 80-es, it has much in common with :Zoviet France: works from this era, combining it’s typical ethnic percussion loops with trancey fascinating ambience of background drones and surreal enigmatic samples. “While I was traveling through Eastern Europe recently, I passed through an area of industrial decline that reminded me strongly of the devastation of the Industrial heartlands of the UK during the early Thatcher years. The broken windows and twisted metal of the abandoned warehouses, the derelict pit-heads and the ruined factories all brought back memories of that grim time when the divide between rich and poor was never so obvious. Yet amongst the derelict factories and the red-brick estates of the North of England new music and art sprang forth as if driven by the desolate conditions. Out of the darkness came forth beauty in many forms. Wasteland raga is a remembrance of those times when art and politics held close and intertwined out of a real sense of purpose and unity. Now we have the bland unoriginal days of New Labour and the suits, bland self-satisfied music, and the crassness of yet another bad “art installation” in a “city of culture”. Passing through the derelict wastelands of Industrial decline in Eastern Europe I was touched with nostalgia for a time when there was a sense of “us and them”. Art has stuck it’s fat lazy arse on the side of the suits and the money men. Viva revolution!!!” Robin Storey The CD is limited to 1000 copies and comes in a full colour digipak with two inserts. Aquarellist Aquarel 11-09 INDIESTATE (IST 080 CD) 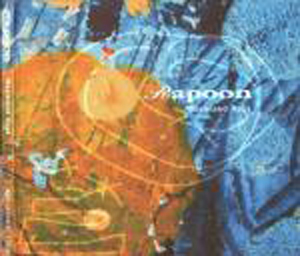