We are happy to present you the third Rapoon release on Ewers Tonkunst. “The Bush Prophet” is a brand new album from this legendary and highly influential project, which unique style of blending industrial, ethno-rhythmic and cut-up techniques has gained international recognition and made Rapoon one of the main artists in its genre. This work has an accent on more dark, hard and anxious sound constructions than most of its recent albums, it is full of tension and scepticism, but with no lack of inner hope though. Like it’s last year Soleilmoon release “Melancholic Songs Of The Desert”, it deals with isolationism and the myth of democracy. Manipulated by media and bombarded with political spin we live in a world where our political choices are reduced to almost zero. Faced with a hostile world and lies from every direction is it any wonder that there is a need to retreat to try and find some peace and humanity. The voices on the television make promises and soothing noises then wage unjust wars in our name. The lies fall like honey and nothing changes. These songs are a retreat into the one place that no government has yet found a way into, the free and open spaces of the mind. They are spontaneous and mediative reflections looking for an inner peace in a world made ugly by hatred and war. They symbolize a kind of “walkabout” and a reconnection with a lost sense of belonging spiritually, intellectually and physically with the world we inhabit. The music here looks for a sense of inner being that one can only find in quiet isolation. The release is limited to 500 copies and comes in a stylish digisleeve with artwork by Robin Storey. Ewers Tonkunst HHE 029 CD INDIESTATE (IST 079 CD) 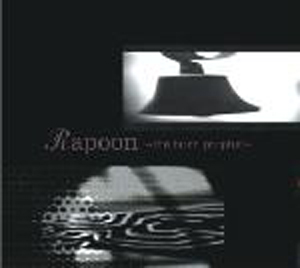