Another re-edition of sought after Rapoon classics on Ewers Tonkunst after “Dream Circle” released a year ago. “Easterly 6 or 7” initially made by Staalplaat in 1997 is one of the best Rapoon albums of the early period. More ambient than its chronological neighbours it still has a lot of ethnic sampled percussions, eerie sounds, strange surreal samples and mysterious scratches and breathes, while the voice of the Moroccan singer Khadija Lourlham is adding some special colours to the overall typical Middle-eastern flavour of 90-es Rapoon sound world. This edition is limited to 450 copies and comes in a full colour digisleeve. (Indiestate) Ewers Tonkunst HHE 031 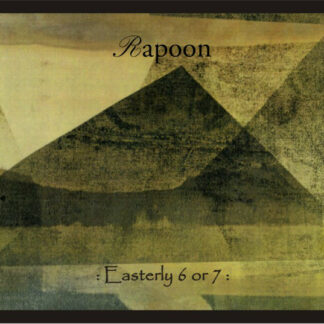