The long-awaited re-issue of the very first album of Rapoon initially released by now long defunkt Death Of Vinyl Entertainment in 1992. “Dream Circle” was out just after Robin Storey left Zoviet France and it has a lot of common with his former project’s late 80-es/early 90-es sound, especially with the same DOVe label release “Shadow, Thief Of The Sun”, which is now maybe the most sought-after CD of Zoviet France. “Dream Circle” is a bridge between the old and new projects, a kind of a witness to this difficult times. It’s dark, esoteric and dense, with a lot of haunting loops, frightening whispers and subtle trance-inducing rhythms. Though it’s nearly 20 years old, it sounds fresh and actual, as now the spiral of time made its turn bringing us closer to this point of eternal dream circle, just one level higher (or lower, who knows). The release limited to 500 copies comes in a mini LP-like embossed cover with inner sleeve, both printed gold-on-black. Indiestate IST 078 CD 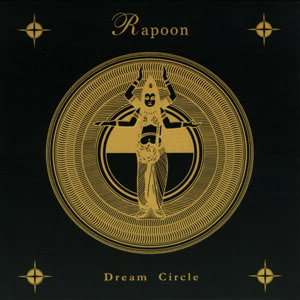