A NOTE ABOUT THEE LIVE SERIES: In the 1980’s Psychic TV’s own Temple Records label began to release a series of 23 live vinyl albums to combat the bootleggers and to give a service to their most loyal fans of the best possible sound quality combined with the most varied, anomalous and/or unconventional live performances. By collecting this entire CD series (which is not stopping at 23!), fans get all songs improvised on stage only once, spontaneous cover versions and instrumental jams which will be preserved whilst giving maximum musical completeness to collectors. Each CD is a numbered Limited Edition of 1000 copies. The original distinctive red, black and white series design has been replicated as miniature gatefold LPs. Intimate journal notes and anecdotes from the period have been supplied by Genesis Breyer P-Orridge to add authenticity and depth to this unique journey alongside an everchanging band. 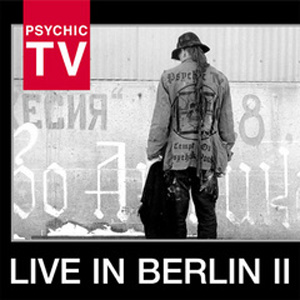