The “Research EP” marks the first offering from the ever-growing Roman outfit Passione Nera. Originally conceived by Andy in the dying days of 2005, it would not be until the spring of the following year that the band took its first steps, and embarked on a journey that would eventually see the project evolve into a 4-piece band (by early 2007). Initially, the songs were stripped-down acoustic guitar compositions with the occasional addition of piano, accordion or organ. However, as the band grew and expanded, the songs were redefined and their sound changed. Today, Passione Nera has evolved from a folk-pop creature into a fully-fledged chamber-pop ensemble. The band keeps one watery alcoholic eye fixed on the cinematic tradition, with melodic landscapes that are dusty and melancholy. These melodious scenes are then wrapped up in lush, orchestrated songs with acoustic and electric guitars taking the center stage, and additionally enhanced by a large array of other instruments. It is as if these songs were written on the backs of 1960s postcards brought back from some imaginary journey into “Americana”, then bred with French-pop, cross-fertilized with baroque-pop, and finally molded into a soundtrack for the broken-hearted, the disenchanted and the misunderstood. The “Research EP” features appearances by Simone “Hellvis” Salvatori (guest vocals on “Sinking”), and Piergiorgio “PJ” Ambrosi (additional arrangements and co-production) of older brothers Spiritual Front, and will be released as digipak CD-single and limited 7″ vinyl.(cmi185) EAN code: 7350020545757 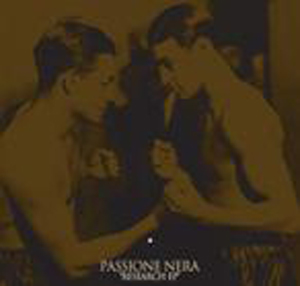