f Negru Voda is the bastard step child of Megaptera, then O.N.K. is the brutish, backwoods cousin with an insatiable thirst for schadenfreude. Pure industrial sounds and cold mechanized rhythms from the blackened heart of the legendary Peter Nystrom, this sprawling 2 CD collects every recording ever done under the O.N.K. moniker, and adds copious amounts of all new material.
Disc 1 contains not only the 11 original recordings from the Primitive Terror Action LP (1997) on Slaughter Productions, but also the track “One Happy Gravel Pit And The Death” from the 1999 Cold Meat Industry compilation, Esthetiks of Cruelty, and a multitude of demo tracks and otherwise unreleased material. Disc 2, The Rape of the Blue Planet, are all new recordings from 2013 and 2014. Collectively, you can expect nothing but the rawest and most primitive of factory sounds and analogue terror. Very little layering and barely any overdubs, just strictly saturated frequencies and pulsating chunks of distortion drenched monstrosities. It’s Swedish, it’s industrial, it’s stripped down and downright ugly, just the way you want your Obscene Noise Korporation to be. Features vocal input and additional sounds from J. Stillings of Steel Hook Prostheses and a surprise track at the end exclusive to the physical CD.
Layout and design by L. Kerr (Steel Hook Prostheses) in 8 panel 2CD digipak. 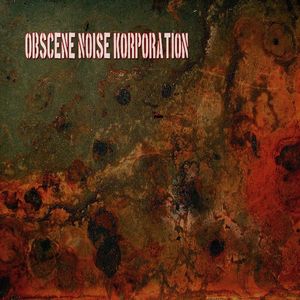