“Paradies” is the latest Niedowierzanie album. This is the first CD release in rich discography of the project, after three vinyl releases and two cassettes. It is a unique project with a Polish name run by a Frenchman who lives in Berlin. The sounds presented on Niedowierzanie albums are equally cosmopolitan. The influences of modern classical, electronic music and folk can be heard here.
This album is a dramatic soundtrack, ranging from slow and lazy patterns to abstract noise crescendos and drowning melancholic loops, using mostly cello, accordion and mandoline along electronic treatments. It was composed and recorded in Berlin, as a memory of the south, the Mediterranean coast, the lost wanderings under the burning summer sun. This is probably the most cinematic and melodramatic Niedowierzanie album to date.
The CD is housed in gatefold sleeve in the vein of Japanese-style vinyl replica and is strictly limited to 300 copies. The album is mastered by Demian (O Paradis).
Niedowierzanie ‘Paradies/Strade Senza Fine’ 2CD
In addition to the regular album “Paradies”, this set also includes a bonus album ‘Strade Senza Fine”. This second album is atmospherically very different from the basic disc.
It is a soundtrack for an abstract quest, somehow meditative pieces of anguish, eternal loops and drones of manipulated acoustic sounds. It is a limbo of nothingness where time stands still, a flux of endless paranoiac tranquillity.
Please, bear in mind that ‘Strade Senza Fine’ is limited to 100 copies only. When it’s gone, it’s gone forever. 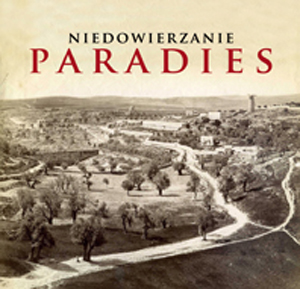