CD album in a limited edition of 500 copies. The new album by Italian cult group Mushroom’s Patience is another surprise in the band’s catalogue. After “Road to Nowhere”, which was a quiet and introspective album full of folky pop gems, “Jellyfish” shows a totally new side to Raffaele Cerroni’s musical genius. 13 electro pop pearls created over the period of two years with a very impressive line up of guest singers who also wrote the lyrics to their songs: starting with Cabaret Voltaire’s Stephen Mallinder who contributed his first major vocal appearance in ages. On to Chris Connelly; Scottish Bowie-esque uber voice who played with Fini Tribe, Revolting Cocks and Ministry and also released an impressive number of solo rock albums, some of them on David Tibet’s Durtro label. German guests are Genevieve Pasquier and Dan Courtman of Industrial power act Thorofon. Glenn Wallis of Konstruktivists provides haunting vocals to a track remixed by FM Luciano Genovese. Peter Hope, ex singer of The Box, added a blues touch to the record and Mathias Kom, mastermind behind the wonderful Burning Hell from America, delivers a stunnig vocal to a folky ballad. With Mushroom’s Patience’s strong connections to Austria, it is clear that there’s also guests from Klanggalerie’s home country. Frenk Lebel of Play The Tracks Of adds his Brian Molko-like vocals to one song, Echo Eerie from the synth pop band Collapsing New People sings on another. Wolfgang Weiss of death metal band Cadaverous Condition growls over a third. Italian guests include Roma Amor’s torch singer Euski and Andrea EV. One song is sung by mastermind Cerroni himself. “Jellyfish” is a totally unexpected turn in Mushroom’s Patience’s ever evolving musical output. But then they were never easily classified, too often has Cerroni surprised his audience with something fresh and new. Maybe a synth pop album is what people expected least of all, and that’s just why “Jellyfish” is so important. And such a great record Klanggalerie gg173 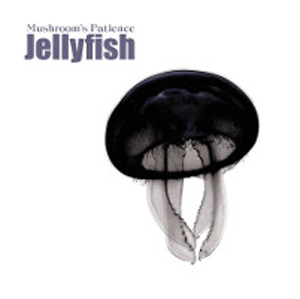