The dark jails of the city of Ugarit are only lit by distant torches that light up the maze of streets, houses and tangled temples. From there too, we hear the awful ritual, incantations and other terrifying spells dedicated to Baal.

The new Moloch Conspiracy album sets up atmospheres inspired by different collections of liturgical and religious texts found in the ruins of the city of Ugarit in Syria.

The civilization of Ugarit expresses a very strong religious feeling. Through different texts, we perceive their daily practices through magic incantations which call upon a pantheon of various gods. It is about an archaic and singular vision of the divinities and gods which one finds in other civilizations of Mesopotamia or the Eastern Mediterranean. Through archeology and the discovery of numerous tablets, these texts have reached us through the ages. While some are famous as the “Baal cycle”, others show aspects more confined to intimate rituals. 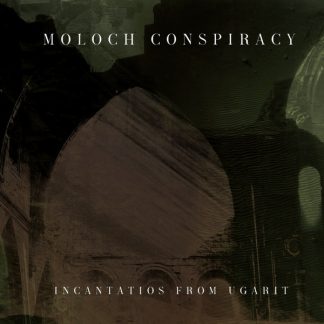