In 2016, Belgian tribal-power industrial sextet Militia entered the studio to re-record their landmark 2000 album “The Black Flag Hoisted”, the final chapter of the ‘Statement’ triptych. The album was re-recorded almost completely, several tracks were completed, the recording of which was interrupted in 2000, and additional drum sections were added that were not recorded last time.
In a few months, the album was re-recorded and for 5 years it was waiting for the release, which was postponed for various reasons.

The work presents the Militia’s view of anarchist theories – Die Theorielosigkeit des Anarchismus, nihilism, and liberal quests of the late 19th century, expressed in such historical figures as the Russian anarchist theoreticians Bakunin and Kropotkin, the French anarchist Proudhon. The first edition of the album is long out of print, as well as the other two parts of the trilogy, and represent some of the most wanted industrial recordings of the 2000s.

Militia’s music is always a unique and unique phenomenon. Conceptual industrial symphonies of hundreds of machine voices that travel through time and tell a story. Numerous references to events, ideas, people, and movements are woven into texts, while music, on the contrary, is distinguished by such originality that it is impossible to talk about similarities or homages. The Militia albums, including “The Black Flag Hoisted”, are not designed to be “an everyday album.” This is a rare and, perhaps, too complex work, thought out before every rustle and beat of the drum, deeply revealing the historical and ideological questions posed by the musicians. You will want to return to this recording more than once in order to hear something new and understand what has already been heard. 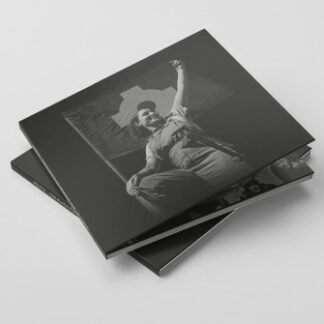