Merzbow’s back (you knew he would be) with another release in the popular Merz series on Important Records. This time Masami Akita has returned with Merzbuta (Buta means pig in Japanese) and he’s looking back to the last 3 discs in the Merzbox as his primary influence for these recordings. This means that for the first time in a long time he has recorded his EMS Synthi model “A.” Don’t expect to hear anything from this record in a Volkswagen advertisment but Merzbuta is Merzbow’s most approachable release yet. Merzbuta is third in the series of Merz-titled releases following in the audio footsteps of the flagship release Merzbeat. With the same reverence for crushing analog beats, weaving noise textures and a compositional complexity Masami Akita has returned to the feast with Merzbuta. imprec070 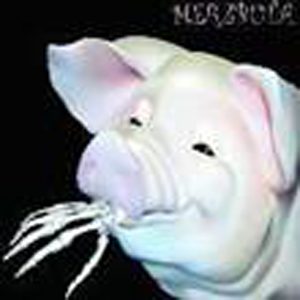