Musicians of the now-defunct Maeror Tri have already had many opportunities to work with Zoharum on both releasing their new recordings and reissues of their older material. Our catalog contains titles by Troum (“Autopoiesis / Nahtscato”, “Seeing-Ear Gods” and “Dreaming Muzak”), 1000Schoen (double split with Polish Ab Intra), and also their original project Maeror Tri (“Emotional Engramm” and “Meditamentum”). Together with musicians we remove blank spots in their discography by restoring their older recordings. Maeror Tri was a project operating since the mid-80s until 1997, when they released their last album entitled “Emotional Engramm.” In their works they penetrated such genres as minimalism, ambient and industrial music, and borrowed drone aesthetic from classical music. In addition to seven regular albums on CD and LP, they released a number of cassettes. They contained much rawer recordings compared to those from the trio’s regular albums.
The fourth release in this series is “Ultimate Time” originally released in 1994 by the Italian label Old Europa Cafe. It was the tenth cassette in the discography of Maeror Tri. The following rerelease is expanded with an additional track lifted from the compilation “The Art of Marginal Talent” released in 1997. All the recordings have been remastered for this release.
The album is released in a 2-panel ecopak in a strictly limited edition of 350 copies. 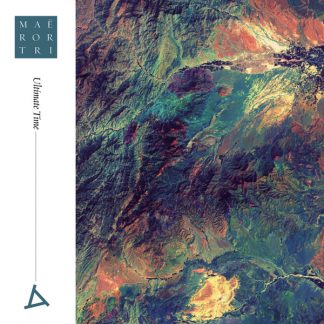