produced by b. lustmord and adi newton at the anterior digital research station, november 1990 remastered 2012 original artwork by tracey roberts cd gatefold sleeve – heavy black cardboard with anthracite print plus silver foil embossing. layout by salt legendary sound artist lustmord (brian williams) has created a sound that created and epitomizes the sub-genre of dark ambient. williams began working under that name in 1980, and since then his dark sound sculptures have been highly influential not only in music genres such as ambient and industrial, but also in film and games. lustmord’s sound investigations are exquisitely crafted manifestations of horror that balance sublime sound references with the body’s natural queasiness about ultra-low frequencies. lustmord has previously extracted the eeriness from field recordings made in crypts, caves, and slaughterhouses, and combined it with occasional ritualistic incantations and the haunting wail of tibetan horns. his seamless treatments of acoustic phenomena encased in digitally expanded bass rumbles have the darkly ambient quality of nightmares that take you to the blackest of abysses. in 1992 lustmord and clock dva-founder adi newton were forged ‘the monstrous soul’, a follow-up to the seminal ‘heresy’. unlike its predecessor, the monstrous soul didn’t use field recordings from crypts, etc., instead relying on extensive digital recording, sounds sourced and manipulated from military surplus sound generators and spoken word samples. expanding on the previous album which created a literal hell – here there is a more surreal realm. the five tracks continually engage the listener with carefully timed events that permeate the haunting sonic landscapes fading out into quiet yet menacing dissonance. undeniably a master of sonic darkness, and established as such early on. acolytes of ambient’s nether regions will flock (again, or for the first time) to the blackened altar that is the monstrous soul. Ant-Zen Act 306 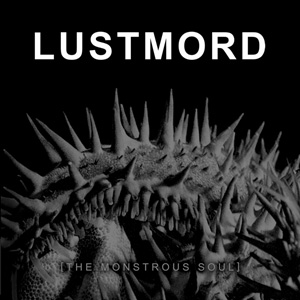