“Purgatory is the latest solo release from Luke Holland, who is also the founder of the long-standing underground cult industrial label, Trapdoor Tapes. Progression-wise, Purgatory falls under the banner of the death-industrial genre, and reflects a similar position to the initial incarnation and ideology of Holland’s previous projects Mshing and duo Armour Group. Perhaps more disciplined in concept and execution, Purgatory is the second part of the sequential and thematically minimal new project, which started with prior release – Decomposition.” – Harriet K Morgan 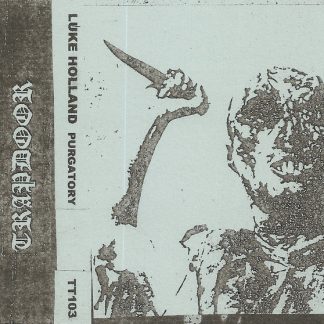