I am the “horse bone”, don’t know why I am alive. Not ruin others, but ruin myself. Human will exists inside of himself. It doesn’t exist outside. This is industrial music, recording the pure human act. 9th Feb. 1932. A young nationalist from the farming village in Ibaraki prefecture shot to kill the former finance minister Junnosuke Inoue. He was heading for Komamoto elementary school in Hongo ,Tokyo city, to attend the campaign rally. Then the life expectancy in Japan is 44.8 for men and 46.5 for women. Individual versus individual. Nation versus nation. One ethnic group versus the other. The conflict leads people to the struggle : the world of the Asuras. Not ruin others, but ruin himself. The young man reached there to change his inner thoughts through his own death. 5th Mar. 1932 Nihonbashi, Tokyo city. In front of the Mitsui financial clique’s main building. Then he…

TRACKLIST
Kill For All Living Things
Namu-Myouhourengekyou
Asura
Struggle
Kill Political Parties, Financial Cliques And The Privileged
Body Warhead
An Assassination In The Organic Universe
One Kills One 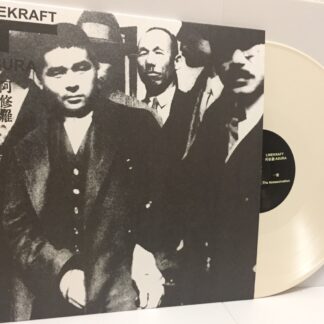