Konstruktivist, the legendary industrial/experimental group from the UK, returns with a new album entitled ‘Anarchic Arcadia’. It is their first regular album since 2007’s ‘Back to Black’ followed by a few self-released CDRs and downloads. The album features 8 new tracks recorded during the past two years. Glenn M. Wallis and Mark Crumby prepared one hour of experimental songs, twisted dance music, dark electronica. The influences span 4 decades. ‘Anarchic Arcadia’ is an album that will appeal to both fans of classic projects such as Coil, Chris and Cosey or SPK and followers of modern dark electronics in the vein of Demdike Stare or The Haxan Cloak. The great cover was designed by Natascha Schampus.
Lyrics written between 1980 and 2014.
Album recorded between 2012 and 2014. 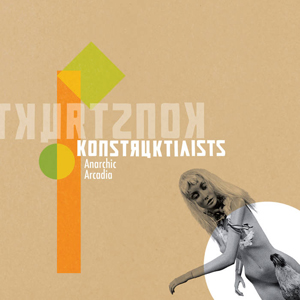