K2 alias Kimihide Kusafuka is one of the most important early 80’s japanese noise protagonists in line with Masami Akita (Merzbow) or Hijokaidan and Toshiji Mikawa of Incapacitants with several hundreds of releases and contributions in the past three decades
This 2Lp-Compilation contains the very early period of K2; his previously unreleased first tape work “Student Apathy” which is a kind of music concrete or tape music in modern music as well as three serial works of “ZombieAnatomy” and the more beat noise work “N.G. Musik” and “Dance Macabre”. (Some of these works have been released in the late 80’s as a 5 cassettes box by RRRecords, Pathosonico Anatomico”/ K2)
VINYL ON DEMAND VOD132.9/10 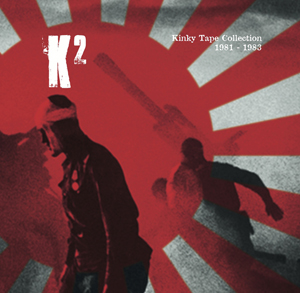