A long time ago we discovered little known musician called Erik Jarl. We really liked his first albums and we were watching his music mature over the years. So when Erik contacted us with the offer concerning releasing his album we jumped at the chance.
Erik has teamed up with David Reed aka Envenomist to create a sonic reenactment of the Tunguska event. It was “was a large explosion which occurred near the Podkamennaya Tunguska River in what is now Krasnoyarsk Krai, Russia, at about 07:14 on June 30, 1908” [Wikipedia]. It flattened 2,000 km2 of the forest and it caused glowing sunsets on the horizon. There are many theories concerning the cause of this particular event. Some scientists claim it was connected with an asteroid or comet that burst in the air above the region, others claim that it might have been a small black hole passing near the Earth. The mystery is still unsolved.
The music, presented here in five parts, is full of oily drones and industrial blasts intertwined with unsettling ambient textures. The sound on this recording is of complex and mature nature, which hardly comes as a surprise when thinking about years both musicians spent mastering their skills (David with Envenomist and Luasa Raelon; Erik both in IRM and Skin Area, and solo known simply as Jarl). It is an interesting piece of work for those who search for something on the fringes of electronic music.
The CD is housed in an ecopak sleeve and is strictly limited to 300 copies. The cover picture and design was made by Karolina Urbaniak (responsible for the lastest covers Jarl, IRM and Skin Area albums and widely known for here photographic work.) “Tunguska Event” was mastered by Łukasz Miernik. The whole production process was overseen by Michał Porwet. 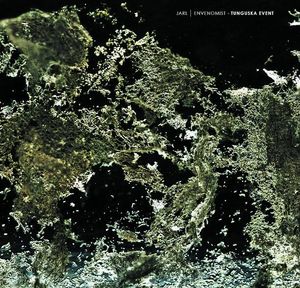