Death continues is a recent discover for me, but one of those that as soon I received the most recent batch of production got immediately filed under the “labels-to-follow” tag.
As the name suggests, this Belgian label focuses on atmospheres strongly inspired by the grim reaper; nothing new somebody could say, but as soon you any of their releases will play, you are going to be reassured that the pale muse can still inspire the right minds to deliver the goods.
When I received the preview of the third instalment of mysterious project In Search of Death – simply entitled III – I was more than eager to immediately give a spin to it since I really enjoyed the earlier work and I was definitely impressed. The mortiferous cover is simple but direct and perfectly introduces you to what you are going to experience while listening to the CD. We are dwelling in a form of high-class industrial structure under of veil of obscure atmosphere, but I would not file it under proper death industrial as somebody could expect. In Search of Death moves more toward 90’s Scandinavian industrial sounds, with well-shaped atmospheres based on repetitive patterns, well-thought constructed structures and a clear production that allows any detail to emerge. This release works at both guts and mind level and the constant changes in EQ avoids the “dull” effect that many projects attempting to follow this path tend to have. Despite being a collection of old archive material, this release sounds pretty fresh to me and make me want for more in the near future…
@wertham 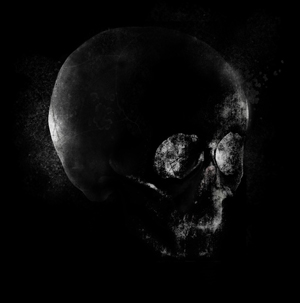