ILLUSION OF SAFETY – IN SESSION – CD

This highly limited release from Russia, in a gorgeous package, is no different. These days, since many years actually, Illusion Of Safety is reduced one person, following a free floating membership that included Thyme Jones and Jim O’Rourke to mention just two, which is Dan Burke. He plays ‘sound generating devices and random objects that deliberately provoke, mesmerize and even affront listeners’. I deliberately use the term ‘post industrial’ and not say ‘electro-acoustic’ or ‘musique concrete’, which could also easily be applied to the music of Illusion Of Safety. When they started they were firmly rooted in the world of industrial music, and later on elements of musique concrete came along, but if you listen to ‘In Session’ the elements of industrial music are still there. Heavy, steel walls of drone music pierce your ears and are as easily replaced by soft drones, crackling sounds of hand held objects and contact microphones. Ranging from sheer noise to near silence and there is always an element of surprise lurking around the corner. An abrupt, full stop or start and it bring the piece in a new territory. Very fine concentrated bursts of sound. (FdW) CD packaged in stamped, triple-folded, cardboard cover. Limited to 500 copies. Waystyx Records WR44 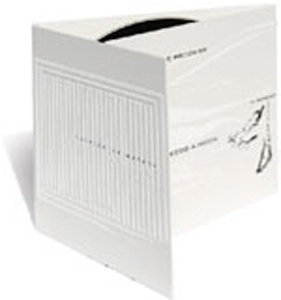