Infinite Fog Productions proudly present the 25-th anniversary reissue of the one of most unique albums on avantgarde/neoclassic music – Ihor Tsymbrovsky – Come, Angel.

Recorded in 1995 in Ukraine and released in 1996 just as a small run on cassette on Polish label Koka Records, the album without any promotion little by little became legendary and madly wanted by many fans all around the world. And from the first seconds, you can hear why it is so. Pretty hard to explain what songs play Ihor, moreover that would be senseless. “Come, Angel” is one of those albums which are so unique that takes you in a vacuum of verbal forms in an attempt to describe the record. In a few words, this is definitely very intimate and deeply emotional music with an absolutely incredible voice. The first associations could forward you to Antony Hegarty from Antony And The Johnsons, Marc Almond, Arthur Russell, Baby Dee, Bjork. Experienced listener familiar with these great artist knows that all of them are inimitable and Ihor Tsymbrovsky is totally inimitable as well.

In 2016 well-known German label Offen Music published 3 tracks from the album “Come, Angel” which brought a lot of attention to Ihor’s music. This time we’re excited to announce the first full album reissue on CD, Double vinyl, and tapes. Beside the full version of the album, you’ll find an exclusive bonus song from the cult compilation “Music The World Does Not See” – Nefryt Records 2000. 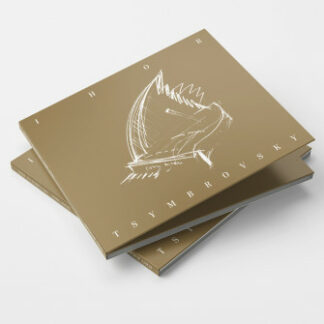