HYBRYDS – THE RITUAL OF THE RAVE – 2CD

For the past several years Zoharum has been reissung the subsequent albums of the Belgian independent scene legend, Hybryds; so far five has been released. “The Ritual of the Rave” is the sixth installment in this series and is an expanded version of the 1995 album. It has not lost its freshness in those years. It is electronica with strong ambient and ethnic music influences locked in six long, slowly developing compositions. Here there are rhythmic elements directly taken from techno (which announced further changes in the Belgian project’s repertoire.) “Icarus” or “Sjamanistic Dream” are still classics in the Hybryds catalogue.
This is also one of the expanded editions of their classic albums. The second disc shows what Hybryds was like at concerts during the period when the recordings were made (live tracks compose the first five tracks recorded in 1995). In addition, we have three studio compositions here here. The first one belongs to the collaborative Hydra project, whose only official recording appeared on the compilation “The Uncertain Future” on Antler. The other two are the early recordings from 1988 by Magthea with Mark Burghgreave of Klinik. One of them, “Octahedron”, appeared on the absolutely first single of the project. 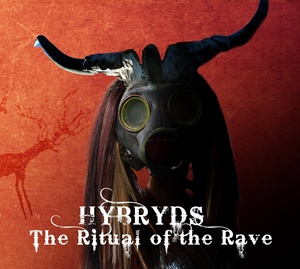