Both Hoarfrost and Inner Vision Laboratory are young projects, but it would be an understatement to call them ‘newcomers.’ Each of them has already released debut albums alongside numerous split releases, collaborations, web extended plays and compilation tracks. Thanks to them they gathered a substantial following among experimental music listeners. It was just a question of time when the men behind the projects would collaborate on a release. The result is ‘Decline’ – a tale of descending into the pits of madness in 8 parts. Inspired by two poems, ‘Madman’ and ‘Modern Icarus,’ takes you on a journey into the realms of dark thoughts. With such a clear concept, it’s no wonder that the music is cinematic, thus slowly building images in the listener’s head. Face the stillness, but remember: something is lingering in the corner. ZOHARUM (ZOHAR 010-2) 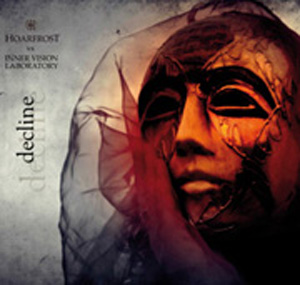