Four years since the epic ´Usumgal Kalamma´ 2xCD release in 2011 and after numerous live concerts through Europe and the United States, the German masters of ritual ambient music Herbst9 are returning with another massive double album. `Fragmentary` is a carefully selected collection of re-worked material in studio quality that was performed during various live shows. There are well known tracks in a new and even more dynamic shape as well as completely unreleased material. This is nothing less than another sonic and visionary prayer with an intensely mystical atmosphere full of archaic drumming, deep atmospheric drones, otherworldly soundscapes and various acoustic instruments such as gongs, cymbals, bells and zither.
This double CD set comes in a nice 6-panel digifile. Mastered at Secretlab. 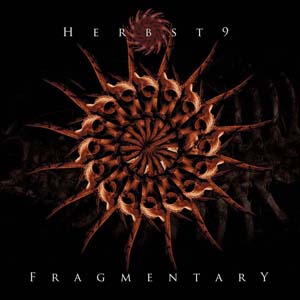