Born in 1993, Grunt remains one of the most active and restless forces in Finnish – or even global industrial noise network. Since first tapes published 25 years ago, project has been active without any breaks. Messy discography makes it hard to judge how many actual ”albums” has been created. List of releases reaches close to hundred, yet most of them represents other approach than creation of ”album”. Spiritual Eugenics continue to path established by Castrate The Illusionist (2018), Myth Of Blood (2015), World Draped In A Camouflage (2012), Petturien Rooli (2009) and Seer of Decay (2006). 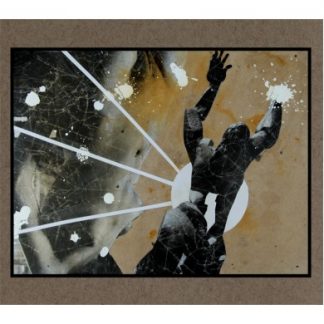