A jumble from within very old materials, tapes (1979-1980) comprising musical intentions, in their own way, read and reread, built and rebuilt, hung and hung back up. With no epenthesis. In a continuous stream of small precarious and chiseled magmas, sound scoriae that reemerge through layers of pantagruelic debris, music for the earens (musique pour les oneilles) that shows up by affirming all the other possibles unacted and then assembled, used, prepared and edited in zones and awes. Sieves of appositions, convergences of systems. Let’s speak for the non-existent choir of twigs, claques, lightnings in apprenticing electricity. (goodnight hubert)

Limited edition of 180 numbered copies with individual trifold poster colour cover.
Other Versions (1 of 1) View All 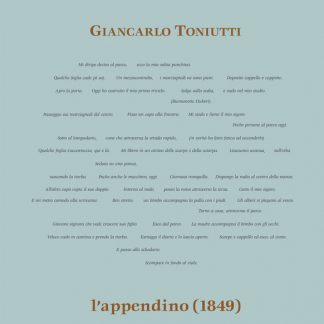