Fans have been waiting eagerly for this reissue of NADOR, another album by EG that has remained unlisted for many years. The original record was published by Daft Records in 1995 and it includes tracks recorded in the Sheikh Aljama and Arispejal Astisaró period. The minimalist structure of the tracks offers a strikingly modern approach. NADOR is a collection of unreleased tracks and alternative takes recorded during one of the best creative moments of the duo (1988-89). “Dinamo 3” and “Dinamo 2” are longer and rougher versions of “Sinaya” and “Medinati” respectively, both taken from “Sheikh Aljama”, while “Belew 2” is an alternative version of the homonimous track taken from “Mekano-Turbo”. Geometrik Records GR2108 Track List: 1.Dinamo 3. 2. Nador. 3. Belew 2. 4.Atlas-y. 5.Dinamo 2. 6.Attar. 7.Bismi Llah. 8.Tass. 9.Dinamo 1. 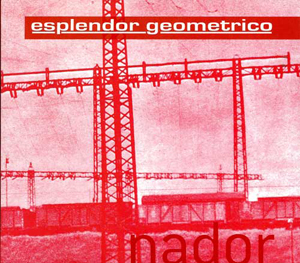