FORMAT: CD – Digipack REF: GR 2123 Desarrollos Geométricos (Geometric Developments) is the new album by Esplendor Geométrico. Recorded during 2010 and 2011, a few of its tracks have already been premiered in Esplendor’s latest performances in Europe. E.G. has developed a unique and personal style that has influenced many groups and is increasingly moving away from the clichés of Industrial Music. Arturo Lanz, who heads the group, thinks that they can no longer be labeled as “industrial”. “Our music is deep, powerful, primitive and hypnotic, using electronic instruments and new technologies”, says Lanz. “Desarrollos Geométricos” follows in the steps of their previous and impressive album “Pulsión” (2009), which was recently remixed (Re-Pulsión. 10″) by renowned musicians such as Frank Bretschneider or Atom TM. Repetitive and mechanic electronic rhythms are intermingled with recordings of voices, shouts, samples from traditional oriental music, percussions… Some tracks induce a kind of trance and you won’t be able to stop listening them over and over again. The CD version includes nine tracks and the limited vinyl edition six (three of them exclusive for this format). Tracklist CD 1.Puntos de Centrado – 5.45 2.Presión – 6.49 3.Cada Día Más – 4.32 4.Maniobras por Hora – 6.29 5.Harbin – 6.28 6.Kakazaharra – 6.52 7.Eliminación Sucesiva – 6.29 8.Luz de Socorro – 6.04 9.Criba mecánica – 7.01 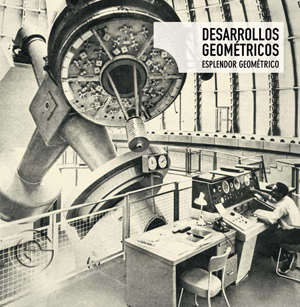