ONE CORNER SLIGHTLY CRUMBLED!
This long-planned LP is dedicated to a very close man of the author – his grandfather. Based on the story of his life, it reflects the post-war Lithuanian near border residents’ fates. Some were killed, others exiled or remained in the occupied territory of the Soviet system, which is an equivalent to the internal deportation or capitulation and surrender, hypocrisy. However, it turns out that even in such circumstances there’s possible a silent one person’s resistance against the entire system. In the dark Soviet times album’s hero dared to defy the executive instructions of their actions on the grounds that he was not a citizen of this country. In the events of turmoil, it can be considered a miracle that the latter had survived, but had not been exiled to the northern camps. He was issued an identity document “БЕЗ ГРАЖДАНСТВА” (in Russian, “No citizenship”).

Album compositions encode the post-war era’s symbols from child’s memory while listening to the stories of relatives. “So called Wolf’s children – children wandering alone in East Prussia, which were protected by good people. “Flowering Gardens” – a generous harvest greeting exiles that returned home. “Cult servant” – a multi-layered and complicated personality and social status. “GEBURTSORT: SZINDAITSCHEN” – inscription in grandfather’s personal documents indicating the place of birth, current Žindaičiai town. “1977” – the symbolic year in which the album’s hero died, and a few months later, LP’s author was born.

“БЕЗ ГРАЖДАНСТВА” is a melancholic, atmospheric instrumental ambient album for the human condition, when you become a stranger in your own homeland, imprisoned in a trap and a hard choice: to flee or to stay. 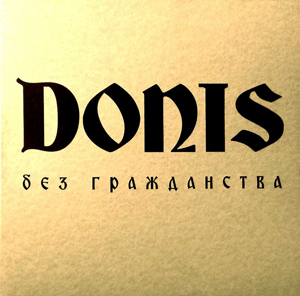