underneath distel’s third full length release lies a thorough personal re-evaluation of truth, unveiling and being. ‘wapens’ is the dutch word for ‘weapons’ and also translates to ‘family crests‘ or ‘coats of arms‘. however, a third sense, more specifically related to the kindred word ‘wapenen‘, is explored in the title track’s lyrics which propose a state of being wherein the self becomes an existential monolith – becomes focally reinforced in the sense that its presence refers first and foremost to only its own individual being instead of the networks of meaning that we tend to define ourselves by.

distel’s intention while working on this album was to achieve a more direct, massive and monolithic sound than before: to channel most energy through an insistent impulse within the rhythmic and melodic movement – from stomping stabs to legato motion – and make every other embellishment secondary. this initial thought is the core of the music on this album and an overall synthesised modern classical mode is the guideline for new tracks. another aim is to show more colour, truth and openness – and this openness is obviously echoed in the sound of the album itself. thematically ‘wapens’ includes many references to end times, apocalyptic visions, embodiment and authenticity towards death. while its predecessors presented the ‘muffled sounds from within’, now the pandora‘s box has been opened for all to gaze upon its vast spectrum of horrors. 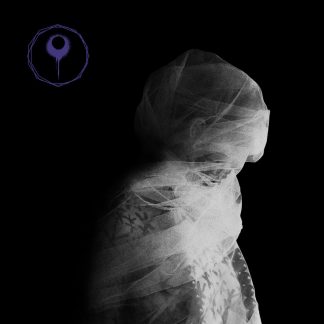