After nearly seven years since the last studio album, numerous albums released by Marek Marchoff solo, several reissues and two releases of the reformed 23THREADS project, DIFFERENT STATE is back with a new album. “Enormous Components of Motor Unit vol. 1” is composed of 8 compositions full of the specific spirit known from the earlier works by the project and, on the other hand, presenting a completely new face of Different State. Thanks to his restless nature, Marek as a composer does not stop for a moment, does not try to play tried concepts over and over again, but he is drawn into regions that he has not discoveredyet . Here illbient rhythms, although still present, give way to the post-krautrock and psychedelic atmospherics constantly floating throughout the entire album. The whole is enriched with widely used acoustic instruments and numerous vocals appearing here and there. Every noise seemingly out of place here, as if by chance, gives an extra flavour. The song after the song flows hypnotically forming one coherent soundtrack to the unmade movie. 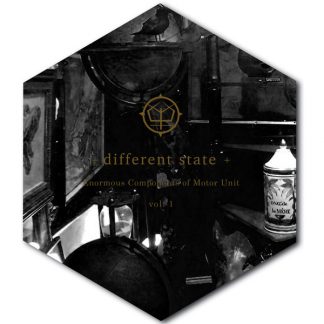