Mjölby: hick town, epicenter of Swedish counter-culture, a power-plant transmitting anti-art currents over the national grid. Home of the legendary death seekers Brighter Death Now, of the infamous scatologist Raison d’Etre, and not least of the decadence aficionado Desiderii Marginis. If the latter’s debut album, ‘Songs Over Ruins’, had been a movie, it would’ve been a perfect illustration of a “sleeper”; a release with a slow start, subsequently gaining momentum by word of mouth, finally a desirable product selling out. It seems more than mere chance that the long overdue repress coincides with the release of the second offering from Desiderii Marginis, ‘Deadbeat.’ This title, that reeks of self-irony, shouldn’t be taken literally as emblematic of Desiderii’s position within the CMI family; on the contrary, ‘Deadbeat’ once again proves head honcho Karmanik’s flair for finding new talent. ‘Deadbeat’ is Desiderii Marginis’ magnum opus, a bewitching tale from a midwintery Sweden veiled in darkness, firmly maintaining their ranking among the upper crust of the Mjölby avant garde.
Listening to Desiderii Marginis is like traveling in time, back to the days when you first discovered CMI and instantly became enchanted. By watching and learning from old mages like Raison d’être and Morthound, Johan Levin has aggregated different styles, but eventually the music is still distinguished by his highly personal touch. Close your eyes, and find yourself moved to desolate windswept forests – where mist lingers around leafless branches, moonbeams just barely break through, and distant howls both entice and frighten. These are emotions so familiar and so novel at the same time, evoked by classic CMI material that both looks back and points forward. 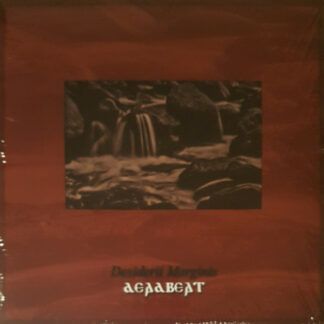