icl. patch
This compilation of Death In June material from 1981-84 was previously only available on vinyl lp released in 1986 and is now reissued for the first time on cd. Its purpose is to tidy history and features tracks from the very beginning to the very end of the original line-up’s recordings. The cd will come in a grey/black ultra-voated debossed ‘repak’ of completely recycled paper and will also include the very rare version of ‘Black Radio’ known as ‘Some Of Our Best Friends Live In South America’ previously issued on the ‘New Horizons’ cassette-only compilation released in 1983, plus a recently discovered unissued longer version of ‘Sons Of Europe’ taken from the ‘Burial’ album sessions. 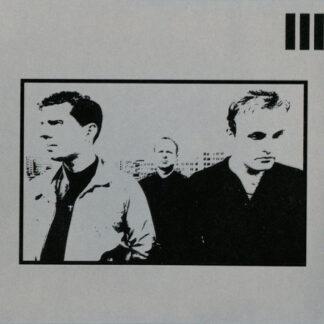