Gabriele Giuliani has distinguished himself in the nineties for multiple activities in different territories. As Drif, runs through electronic environments, as Discordance instead are more ominously violent sides to emerge, while as Dead Body Love the sharp points of the ultra sound reached dizzying heights. Audiocide ’95 is one of his first tape released on Slaughter Productions with his main moniker. Two tracks of hellish distortion and saturation, stripped of any frills and reduced to the purest sensory effect. In a manic frenzy, the sound axle and pervades, blending pure nihilism and violence. Gabriele with his multiple projects is definitely one of the undisputed masters of noise that has characterized the scene of the 90s, with its numerous releases. Tracks remastered from the original tape and the record has been pressed on 140 gr black vinyl with black label and black inner sleeve and comes in a deluxe silver silkscreen on black cardboard sleeve, limited to 99 copies w/insert in luxury 200 gr red paper. URASHIMA UMA057 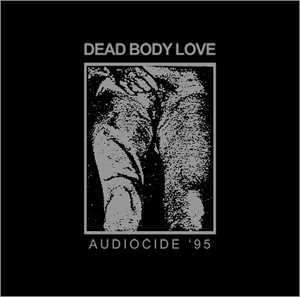