Released in a standard jewel case; includes a 16-page booklet with lyrics.
Track durations do not appear on the release.

[Track 18]
Recorded at home in South Philadelphia live to DAT, 1998

[Liner notes “The Crippled Lord and Me”]
Jim Knipfel, Brooklyn, 2005

[Booklet]
Transferred and Mastered at Big Sky Audio, Springfield, Pennsylvania, by […] in Spring of 2005.

None of these tracks appears on the full-length David E. Williams CD’s released during the same time period: A House For The Dead And A Porch For The Dying (Ospedale, USA, 1994) and I Have Forgotten How To Love You (Cthulhu, Germany, 1996) 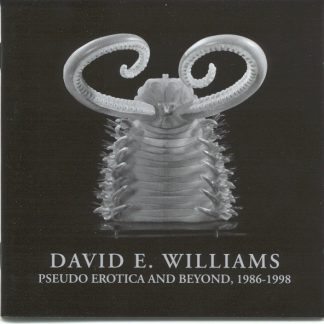