One album, seven tracks, two people. Who are they? Dag Rosenqvist is a Swedish musician releasing solo music under his own name/previously Jasper TX moniker, and Rutger Zuydervelt is prolific Dutch sound artist familiar to most as Machinefabriek, already known to Zoharum followers via “Dubbeltjes” compilation of his rarities. And what is “Vintermusik”? Actually, it is another rarity being reissued.
The tracks from this album date back to 2006 and are one of the early tracks commited by both Dag & Rutger. They did not meet at the time of the recordings, they used the Internet to exchange files. And so 50 minutes of music was created. It is contemplative music full of shimmering guitar drones, delicate piano melodies and bits of field recordings. They sound cold, yet warm at the same time. So the time for releasing this music is just right – it is a little bit of winter music for the end of the summer.
The original version “Vintermusik” came out on a CDR limited to just 200 copies. Due to a popular demand we decided to re-release it. It has not dated in the least bit, it is as fresh as on the day of its release. As a special bonus, another rare gem was added, that is “Feberdröm” coming from a 3″ CDR. It gives you the full picture of those early ventures into duo collaboration between Dag and Rutger.
“Vintermusik” is released in a 3-panel ecopak in a strictly limited edition of 300 copies. The cover is based on the original by Rutger Zuydervelt. It was mastered by Łukasz Miernik. The whole production process was overseen by Michał Porwet. 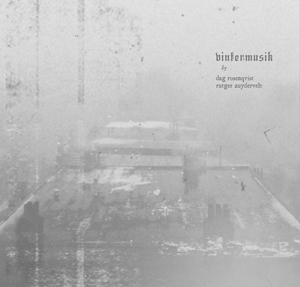