Cisfinitum is a post-industrial noise project originally from Moscow, Russia, now Montenegro. It was started in the late 1990s by a composer and musician Eugene Voronovsky and has drawn significant attention as one of the most uncommon and distinctive on the experimental scene. The project’s trademark is an emotional sound that trespasses the boundaries of drone ambient and noise, using classical instruments and unconventional sounds, processed with analog and digital technologies. “Cisfinitum” is the sound of eternity and the music is ‘metaphysical ambient'”. ‘Landschaft’ is an epic work of deeply emotional/dramatic drones, which successfully combines electro-acoustic sources with a wide arsenal of Soviet analog effect processors. Originally released by Insofar Vapour Bulk/Grief Recordings labels, this absolute ambient classic is now available as a CD. Authentic unmastered recording of the original demo cd-r of 2000 with sporadic hisses and clicks. A true artifact to conserve for the generations to come. An exclusive bonus of the record is an acoustic version of a “District Delta” track recorded a decade ago. Edition of 300 copies in 4 panel Digipak. Old Captain (OCCD05) 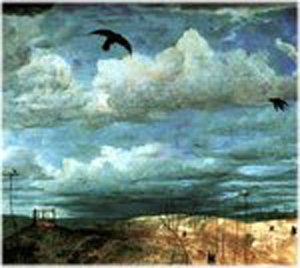