Formed 1978 in New York, Circle X was born out of the ashes of No Fun and the I-Holes as Louisville’s first punk rock band. That untitled 12-inch debut was practically without antecedent. It’s a lurching, squalling monster. Identified only by a symbol on the cover (a spray-painted circle with an “X” through it; the spelled-out name first appeared in ’83), it pits Pinotti’s screeched vocals against Witsiepe and the Letendres’ bass-less, barely contained distorto-blare. The hatred and rage on this thing is palpable and when it coalesces perfectly with the music, as it does on the lead track, Tender, it’s pretty damn effective. Nothing sounded like this in 1979. They arrived in New York at the tail end of No Wave, at the same time that equally ornery bands like Swans and Sonic Youth were getting revved up. Circle X are every bit as distinctive and attitudinal as Throbbing Gristle, PiL, Theoretical Girls, DNA, or Mars, yet they don’t much sound like any of them. Limited to 500 copies, it’s on 180 gram vinyl in tip-on jackets that bear the original artwork and poly lined black inner sleeve plus liner notes. (Insolito Records) 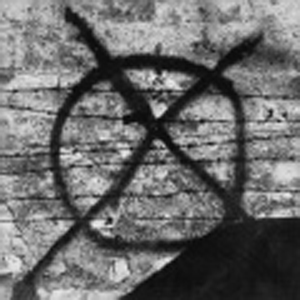