“Primitive Perversions” is a 4LP boxset documenting the early tape experiments of Roger Karmanik done under the name Bomb the Daynursery, and others. The project precedes his work with Lille Roger, Brighter Death Now & Cold Meat Industry.
37 tracks with a total play time about 2h30min
Dating back to the perverted teen hood of 1980 where experimenting with expressions began, visuals and soon also sounds. Tape loops, cut-ups, found objects, radio frequencies, vocals. Whatever was at hand and could be used as sonic weaponry. We can easily recognise the roots of what became the notorious sound of both Lille Roger and BDN. Sourced from unearthed mouldy cassettes buried underneath layers of well-thumbed seedy porno mags & shredded true crime periodicals. Despite forty years having passed since these electronic ejaculations were caught on tape, “Primitive Perversions” has aged with dignity. This is both a unique historical document of early industrial music as well a reminder of the fact that Karmanik has never compromised or weakened in his anarchic artistic vision, constancy and cruel passion. 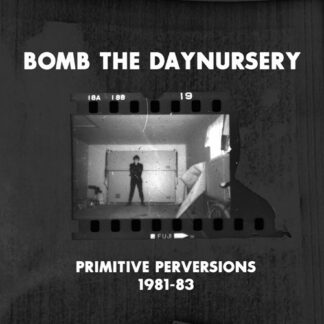