Inspired by the Babylonian hero Gilgamesh, “Surpassing All Other Kings” closes the Ballo delle Castagne trilogy that began with the 10″ single called “108” and the full lenght album “Kalachakra”. In this third installment, the hero awakens after many centuries and rises from his grave to find out what is left of mankind and what destiny man chose for himself. A Sci-fi story, a psychedelic journey from Kraut to Space Rock, featuring the special guests; Carmen D’onofrio (ex Argine), and all members of the band Egida Aurea. The cd is released on BloodRock Records and distribuited by Black Widow. A lp version will released early December. 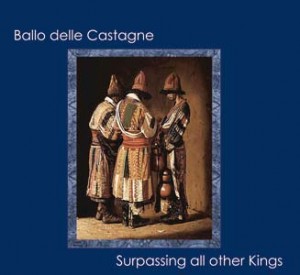 You're viewing: BALLO DELLE CASTAGNE – SURPASSING ALL OTHER KINGS – CD 9,00 €
Add to cart