It’s with great honor that present brand new material from Sweden’s most revered Ethereal / Neo Classical act, Arcana. Brainchild of Peter Bjärgö, this now legendary formation is back with a new release after 4 years of silence since their last full length album, Raspail. While 2010 saw the re-release of their first 4 albums with “The First Era” 4CD boxset, commemorating the early days of the band, we are now offered a superb follow up the their long tradition of awe filled melancholic melodies. With it’s undeniable signature sound, Peter’s years of experience as a composer and the gifted musicians and vocalists surrounding him simply shine through on these 3 new tracks. Long time fans will simply rejoice in these mesmerizing songs and new fans will in turn surely be conquered by these. This Mini CD also serves as a prelude to their upcoming full length album “As Bright As A Thousand Suns”, scheduled for a May 2012 release on Cyclic Law. Edition of 1000 copies in 4 panel eco pack. 3 Tracks. Running Time 13:33 45th cycle 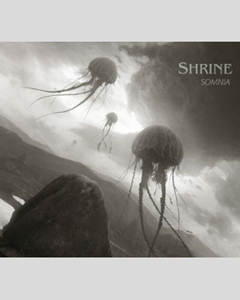