Nine / eighteen tracks of the standard 156 sound, except all the music on this release was made using only human bones, or breath passing through human bones. While still in the spirit of the early industrial of Zero Kama, Test Dept., and Z’EV, this record will serve as – for those who cannot obtain one – the skull’s replacement in the ritual room where a scholar contemplates death in the Renaissance rite of “ars moriendi” (“The Art of Dying”).
These sessions have been sporadically recording since 2012, due to the scarcity of the instruments, which include skulls, femurs, vertebrae, bone whistles, and Tibetan thighbone trumpets (kangling).
The vinyl was pressed at 45rpm, so as to be able to play it at 33rpm during storms (titled “Thunderdrone Versions”). The digital release contains the original recordings, plus all Thunderdrone Versions (33rpm on the vinyl edition).
This new EP by 156 was mastered by James Plotkin for, both, the vinyl and digital release. 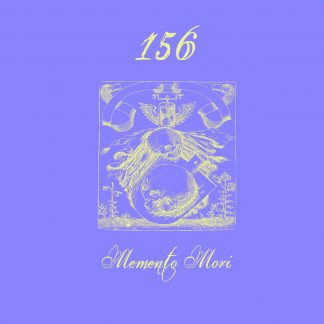